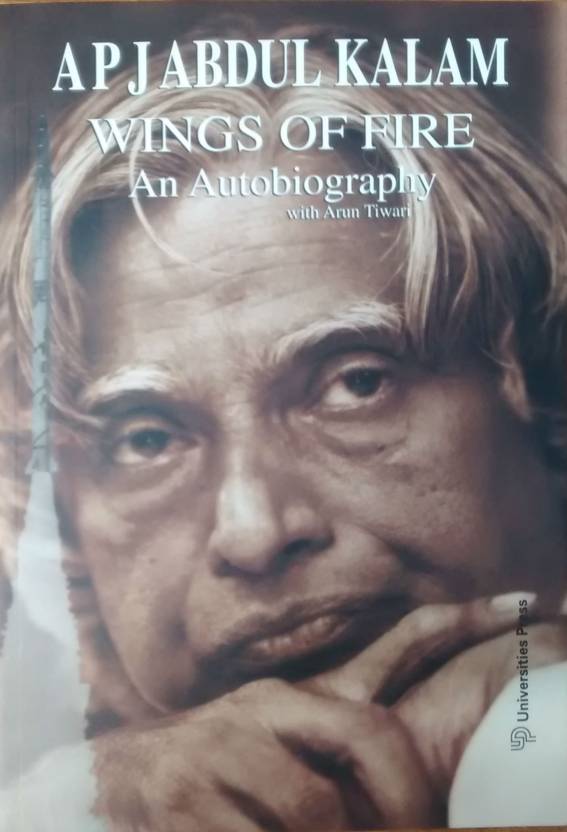 Published in the year 2000, Wings Of Fire: An Autobiography is a book that documents the life of A. P. J. Abdul Kalam, and inspires the readers to ignite the fire within themselves. Summary Of The Book Wings of Fire: An Autobiography is an autobiographical novel that tells the readers a story about unlocking their inner potential. Kalam does a great deal to throw light on his journey to igniting the fire within himself. This book is divided into seven parts, and begins with an Introduction and Preface. This is then followed by an Orientation, which contains a quote from the Atharva Veda. After that, the readers are also enlightened on the incidents that made Kalam what he is today. In the Orientation portion of the book, the readers are provided insights into the birth, childhood, and education of Kalam. This section covers his time at Schwartz High School and Madras Institute of Technology, as well as his middle class background in detail. The chapters that follow are â€˜Creationâ€™ and â€˜Propitiationâ€™. He also reminisces the time he had at Langley Research Center, NASA, and Wallops Flight Facility. In the chapter â€˜Creationâ€™, Kalam delves into the time when his father passed away, to him being awarded the Padma Bhushan in 1981.